“(Corporal) DAD (aka Dorothy) hears him and alerts the rest of us, “…CONTACT! 5 O‘CLOCK, 20 METERS” Before we know what has happened…they’re on us. Large gangly, misshapen demonic-looking Jack O’Lanterns with spindly, vine-shaped bodies smacking at us from all different directions. Somehow, these innate looking pumpkins awoke from the pumpkin patch and were now demons from Hell and far worse then any Nightmare Before Christmas I could ever imagine.”

Here is an excerpt from the book:

I’m Sergeant Matt Kincaid of the Interplanetary Security Force AKA The ISF called to the newly discovered planet Maia, named after the Roman Goddess of Growth… I guess the scientist who discovered Maia figured that since the Solar System got one planet bigger, growth was an appropriate idea for its name. Maia wasn’t always part of our solar system.

The scientific community believes that it was a planet that collided with an asteroid just over a hundred years ago that was deflected into our system and became the 10th planet under the gravitational pull of our Sun and as luck would have it, Maia landed only 25,000 miles from our moons orbit of the earth making it close enough to be a habitable rock.

We were assigned here to find out what happened to the Crusoe Project. Remember the novel Robison Crusoe? Crusoe was a castaway who managed to land on an island and survive among cannibals and pirate visits to the island for 28 years. In the case of The Crusoe Project, Earth’s lawmakers cast away a bunch of lifers to Maia to Terra-form this habitable planet into a possible back up for earth’s near destruction plagued by wars and over population. These terra-formers had very little choice in the matter. It was either this or being put to death back home.

I’m here in support of the supply ship along with my squad. Joe, Clint, Reb, Ricardo, Medical Officer Agnes “Aggie” Maslowski and DAD, AKA Dorothy A. Darling.. These guys are the best of the best including Corporal DAD, whos not just another piece of ass, but a bad ass to boot.

The planet is habitable and quite breathable thanks to the oxygen supplied by the photosynthesis process that is supplied by these vast pumpkin patches all over the planet. Maia’s pumpkin’s are not unlike the pumpkins back on earth, except that they are bigger and more oddly shaped gourds. Be that as it may, we prep for landing and we are able to collapse our space suits with a click of a button into a less bulky version of our regular gear.

Want to find out more. Click here to buy the book today! 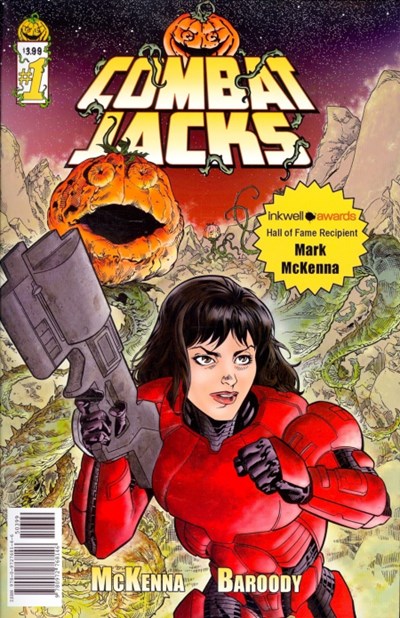